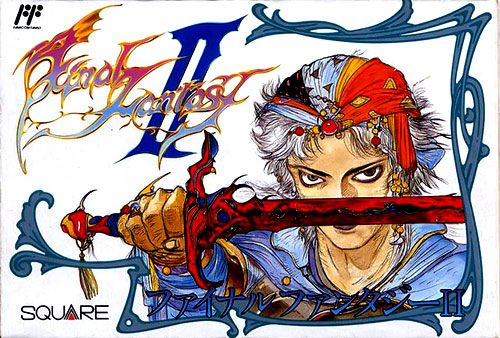 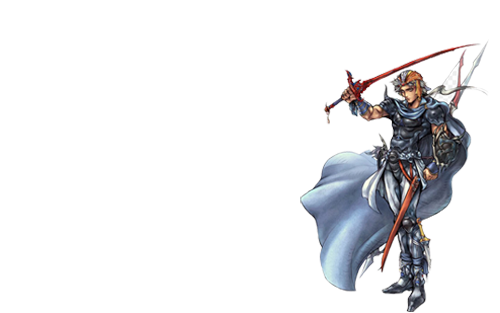 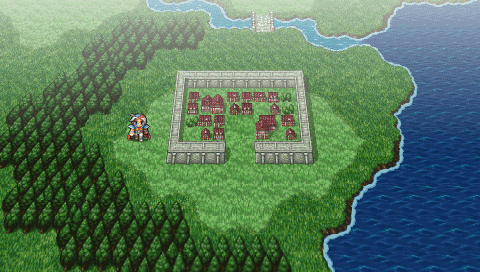 Final Fantasy II made its release in Japan in 1988. The USA finally saw release in 2002 in Final Fantasy Origins. Since then, it has spawned several more remakes, including the Gameboy Advance and PSP.
Final Fantasy II is perhaps the most unique game in the series, as well as being the first for many Final Fantasy staples. It is considered the black sheep of the main title family, and after working on the 2012 update for Final Fantasy Kingdom, I now believe it has gotten something of a bad wrap. When I first played Origins back in 2002, I could not stand the amount of time it took to level your skills up, nor could I really grasp the hang of doing so. I got about ½ way through the game, and began dying quite often. I just was not strong enough to continue. I finally beat the game later, but it was with the use of cheat codes for the PS1. A sad thing for the one who has beaten I – XIII without any type of cheat codes or books. Well, we come to 2012, and my knowledge of the experience gaining process has certainly changed, with the advent of games such as Elder Scrolls and Dragon Age. When I sat down and played the 4 versions being covered, I found this game a lot easier to go through, leveling was far easier, and the game was far more fun. If you find the game difficult due to the leveling system, be patient with it. Final Fantasy II is certainly worth getting the hang of.
Final Fantasy II was something of a unique departure for Square, hot off their success with Final Fantasy. Rather than making a game following the story of the original, with all the same enemies and characters, Square began a different tradition. Final Fantasy II is set in a completely different universe, different characters, different everything. This has become a staple that would last until Final Fantasy X-2 in 2003.
This time around, there are also the beginnings of what has become another Final Fantasy success…The story driven plot. In Final Fantasy II, you follow a group of young rebels, as they fight to free the world from the oppression of Emperor Palmecia. You traverse to many different areas, meeting new people, and having some join in your quest with you. Of course having multiple characters join with the main group is now quite common and expected, but this was completely new when II came around. A total of 8 characters will join you at various points in the game, and lend their skills to the party. This was a great fun way to keep from becoming complacent with 4 characters that never changed. And it must be successful, since it has happened ever since. But more than that, it brought a more in depth feel to the game. With the story, it made it feel as though these new people were in the fight with you. They had their own story, as well as wanting to help in yours. It greatly added to bringing the game to life. 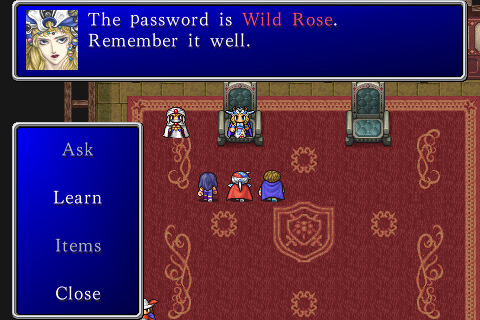 Another aspect that helped greatly in this area was the Word Memory System. Certain objects and words activate this system. When used with other characters in the game, it will enable you to further the plot and get more information on the item or word. This was actually a neat idea, that has seen its share of reuse in later games (A.T.E. in FFIX) With this, you were able to delve deeper into the story, and gain more understanding of the world you were adventuring in. For games of the time, the depth of story was something that was not even touched on, really, until SNES and Final Fantasy IV.
The leveling system was also different, in that you did not just gain a bulk of experience after each battle. Instead you level your attributes, depending on what you do in battle. This also goes for commands that cannot be executed. For example, if Firion was going to cast a spell and the battle ends before hand, that spell will still gain as will all the attributes surrounding it. Weapons, and shields have attributes that increase when used, as does magic, and your vital stats (Those being Int, Def, Atk, etc) For your HP/MP, these have to be consumed so much in a battle for them to increase.
Spells were also changed in Final Fantasy II, with the addition of not only MP (Magic Points) to the series, but creating a single spell that grows with use. Unlike other titles that have tiers of certain spells (Fire 1, 2, and 3) II has a single Fire spell. As you use it, it will gain levels. When this occurs, the power and success of the spell will increase. This is actually something I did enjoy, as it made spells so much easier to deal with. Rather than 3 cure type spells, I only needed one.
The story, though not on par with the later titles of IV-VIII, is certainly a good one. It keeps you interested in the game from start to finish, and is one of the best ones on the NES. It has points of humor, sadness, griping suspense, the whole 9 yards. When they decided to go story driven, they began something that now Final Fantasy has become loved for. A fantastic story, told well enough to be a film. Final Fantasy II is not quite THAT level, but it is clear it was the beginning of something amazing.
Two characters that have become staples in Final Fantasy also debuted in II.
Chocobo’s began with Final Fantasy II. They are found on the eastern side of the world, south of Kas’ion Keep. They are the wonderful little yellow birds that allow you to travel without enemy encounters. When you get off of them, they scurry back to their forest.
Cid also makes his debut in Final Fantasy II. As is the case most of the time, Cid is the owner of the Airship you travel on. He is a major engineer in the world, and renowned all over. Though Cid does not play a major role in the game (He will soon) his airship is vital to the party.
All in all, Final Fantasy II was yet another success in Japan. It was thought for a time to port it to the US on the Nintendo, but ultimately it was deemed a little too difficult for us at the time. In a way it was a smart move on their part, since the next to come out was indeed one of the most successful RPG’s Final Fantasy IV.
If you have not tried Final Fantasy II, or have and got frustrated with the game…give it a go. This is the closest you will get to a real RPG as far as leveling goes, and will show you where all of those games that utilize this method of leveling today came from. 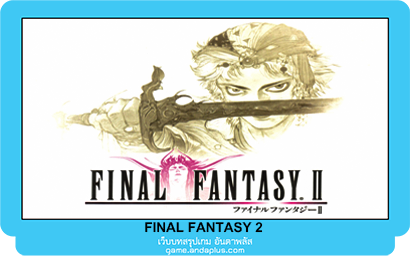